Nashville’s thriving Sister City relationship with Taiyuan, China has yielded many exchanges between the two. Throughout their eleven-year partnership, Sister Cities of Nashville has enjoyed 4 adult delegation visits and 3 student exchanges to the ancient Chinese city. Most recently, a delegation attended the 2018 Taiyuan Energy Low Carbon Development Forum. The forum was an important opportunity for the program as the Nashville mayor’s office works towards transferring more of Nashville’s energy consumption to renewable solutions.

Sister Cities of Nashville received an invitation from Sister City Taiyuan, China to attend its 2018 Taiyuan Energy Low Carbon Development Forum in September, 2018. The forum consisted of a summit, six sub-forums, and a conference. The event featured 48 international guests in attendance including representatives from the energy field sector, United Nations, scholars, and representatives from Nashville’s Sister Cities.

The forum, which was first held in 2016, was co-hosted by the Shanxi Provincial Government, Ministry of Technology of the People’s Republic of China, Ministry of Commerce, and National Energy Administration.

The group received a warm welcome at the Intercontinental Hotel in Taiyuan’s new business sector. The group, consisting of the Nashville board chair and two other board members, were amazed to discover the amount of development that had happened in the last 10 years. While this part of the city used to be farm land, the area is now a completely developed metro area with a brand new seven-story mall, multiple museums, housing sky scrapers, and more. 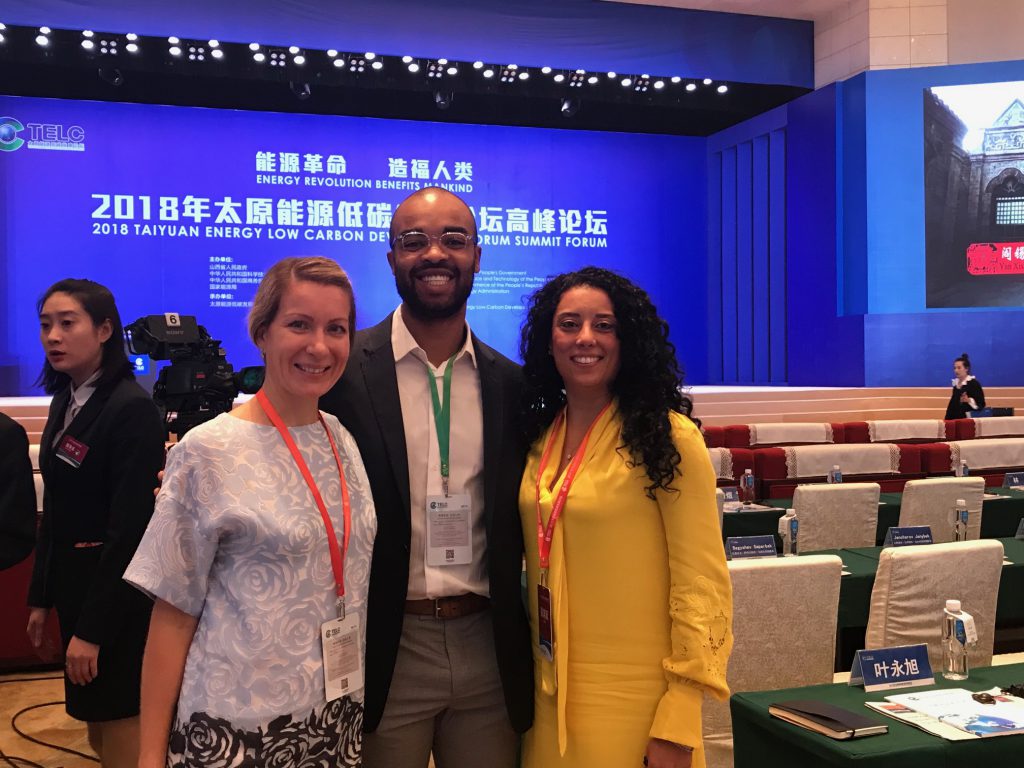 The delegates were invited to the Opening Ceremony which set the ground work for the six sub forums. The conference theme “Energy Revolution Benefits Mankind” provided a focus on the global transition to renewable energy, primarily summarized as a third energy revolution. As per Sun Haichao, deputy secretary-general of the Shanxi provincial government, “the theme of the forum is in line with energy being the cornerstone and motive force behind society’s development, in line with the trend of the changing times, and in line with the values of building a community that decides the direction of human destiny.” In addition to the opening ceremony, the delegates attended Sub Forum 4: “Urban Energy Low-Carbon and Sustainable Development.”

The invitation to attend the conference and learn from China’s investment in renewable technologies was a major opportunity for Nashville; a city actively weighing options for its own future investments in renewable energies. As Mary Beth, Nashville’s Sustainability Manager for the mayor’s office, said,

“Metro Council member Freddie O’Connell and Mayor Briley’s administration are currently helping to lead these discussions [of renewable energy options] with Nashville Electric through local legislation that would aim for Metro’s energy mix to achieve an ambitious but achievable percentage of carbon-free energy by 2030.”

When asked what the takeaways from the trip were, Nashville Sister Cities Board Chair Marieta Velikova had this to say,

“They are experimenting with solar, wind, biomass, and geothermal energy. I think the problem is to combine the cost of production, scale of production, and environmental concerns. I was impressed by the 1.3 Billion investment by the local government to create infrastructure to be able to build the renewable energy park, and future collaboration with private partnership to create recreational zone for families to come and spend the weekends. The technology and the data analytics center were very impressive. It is world class technology and equipment.”

Outside of the conference, the group saw many impressive features of the area. The group visited Xishan Mountain, a former coal development area that has had over $1 billion of government contributions to restore the area in terms of low-carbon impact. With a combination of a public and private partnership, thousands of trees were replanted in the area and intentional efforts are underway to make this area the “lung of the city.” 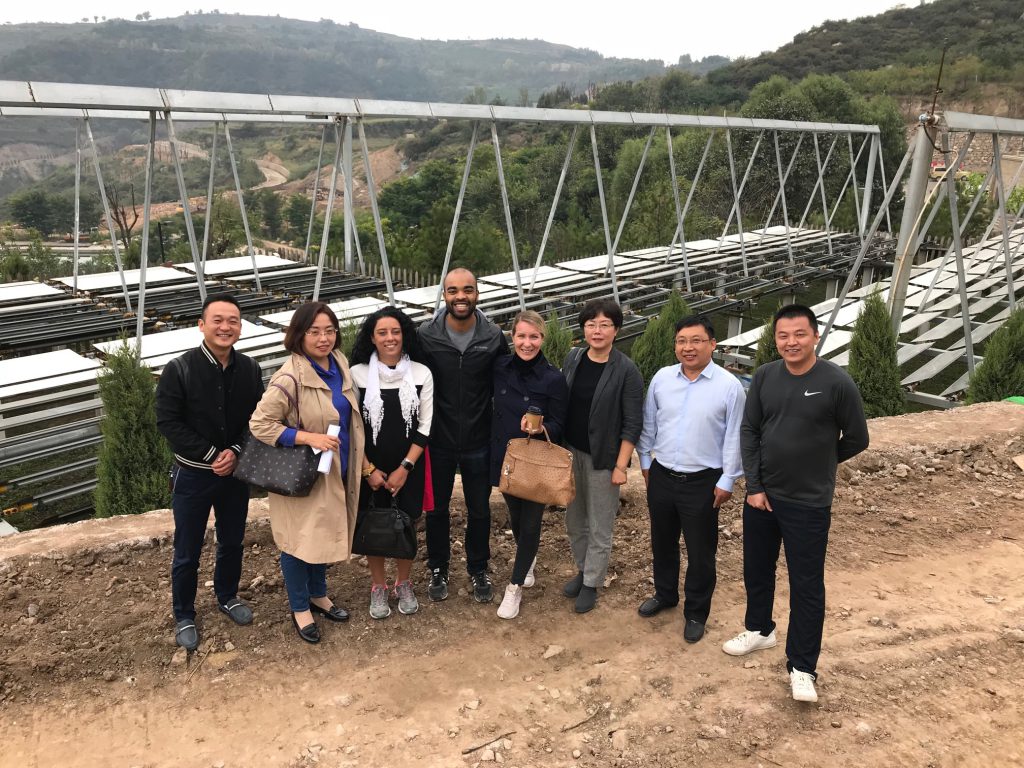 The following are statements about the trip from two members of the Nashville Sister Cities delegation:

“It just reminded me that in this era a person can still make a significant impact, however big or small, and person to person connection is even more meaningful no matter whether it is China with its 1.4 billion people or USA with 330 million people. Despite escalating trade war between USA and China, opposing geopolitical interests, economic rivalry, people in both cities strive for peace and prosperity, clean air and health. We might speak different languages and have different culture, but at the core we have more in common than one would think.” 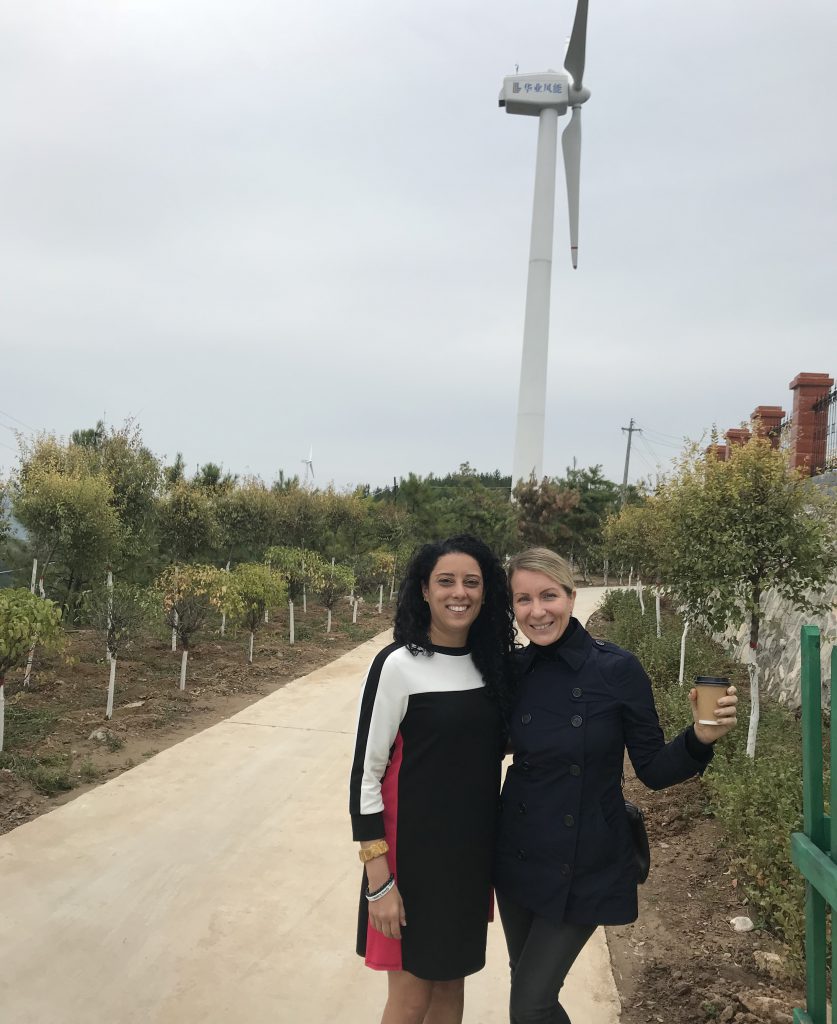 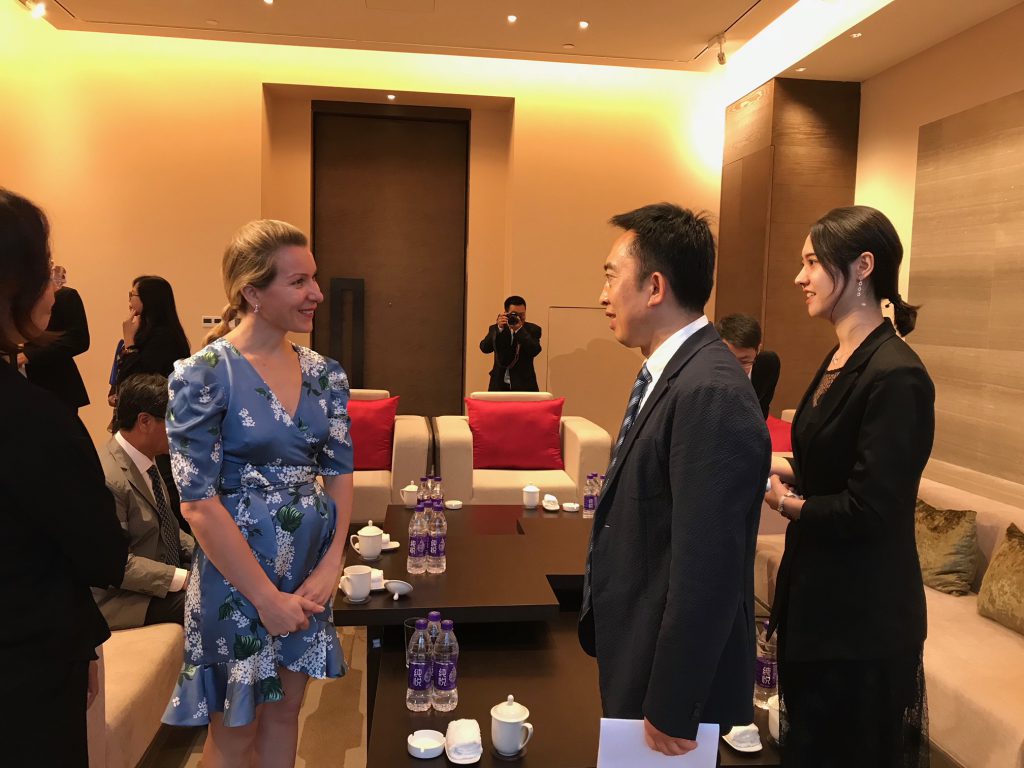 “As we look toward our future in Nashville there are interesting conversations to be had with respect to our role in the global stage and the impact which low carbon development will have on the future of our city.”

With the trip coming together in less than 3 weeks including expedited visas, the Nashville delegation was very thankful for the sponsorship from Taiyuan. Taiyuan is sending two delegations to Nashville later this year: a medical exchange mission, and a delegation of city department heads to learn some of the City of Nashville’s best practices. Hopefully, from the relationships and conversations had on this trip, even more opportunities will present themselves for Nashville and Taiyuan to partner.

Other Member Stories from Sister Cities of Nashville:

Privacy & Data Consent (GDPR - CCPA)
To provide the best experiences, we use technologies like cookies to store and/or access device information. Consenting to these technologies will allow us to process data such as browsing behavior or unique IDs on this site. Not consenting or withdrawing consent, may adversely affect certain features and functions.
Manage options Manage services Manage vendors Read more about these purposes
View preferences
{title} {title} {title}